Foundation Ukrainians in  the Netherlands organized the conference with Mustafa Dzhemilev. Brand New Ukraine helped the foundation with media relations and press materials.

Mustafa Dzhemilev – legendary leader of the Crimean Tatar people and Soviet dissident – to open ethno-historical conference “Crimea: Brothers Behind the Wall” in Groningen at the Pathe Groningen on 29 January 2015.

In 2014 Ukrainian topic was one of the most discussed all over the globe. Crimean crisis triggered the irreversible processes in geopolitics. The problem however is mostly viewed from political perspective and social factor is often left out of attention.

The ethno-historical conference “Crimea: Brothers Behind the Wall” will offer insight into the current situation in Crimea, Crimea’s historical background, and the personal stories of those for whom Crimea is home. Following the recent, well-publicized geopolitical developments, the status of Crimea is uncertain. One thing is clear: Crimea’s inhabitants, not external forces, should determine its future. Crimea is multicultural and local ethnic groups have lived there together in peace for many years. According to the last national census in 2001, 576,647 (24 percent of the total Crimean population) ethnic Ukrainians and 245,291 (10.22 percent) Crimean Tatars regard Crimea as their ancestral homeland. These people have something to say to the rest of the world and the conference aims to give them a platform.

All of us have a unique chance to meet legendary leader of Crimean Tatars Mr. Mustafa Dzhemilev. The person, who has dedicated the life to his people and never betrayed principles of freedom and democracy. “I never depend on the possible consequences when it comes to saying what I think is right. It is what it is.”- he said and always has followed this rule. It resulted in 6 sentences of total 15 years in Soviet Union labor camps and even the longest starving strike in the history of peaceful human rights movements (303!!! days) didn’t break an iron will of this man. He is 72, but the external energy he radiates will give you an extreme personal motivation and believe in humanity. During “Crimea: Brothers Behind the Wall”, he and other esteemed speakers will explain why the struggle for these rights and for Crimea itself is now more critical than ever.

Mustafa Dzhemilev “The life-long struggle for one’s own people”
Oleksandr Gorin, Ambassador of Ukraine in the Kingdom of the Netherlands “Crimea: annexation or direct democracy?”
Mikhail Ratushnyi, Chairman of Ukrainian World Coordination Council “Violation of Ukrainian minority rights in Crimea”
Mehmet Tutuncu, Chairman of the Madjlis in the Netherlands “Far away from ancestral land – the story of a Crimean Tatar family.”
Nienke de Deugd, Conference chair person, “History of Crimea” 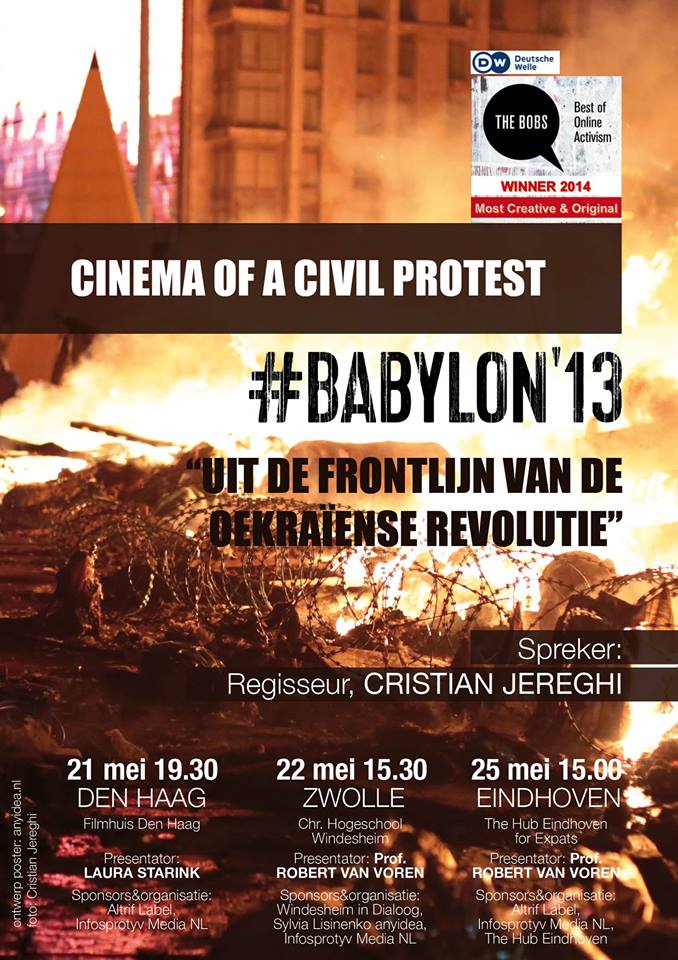 Tires, coctail Molotov and Ukrainian revolution in the Middle of The Hague

Dear friends,
We are happy to announce that the screening of ‪#‎babylon13 in Den Haag was a huge success. Ambassadors, diplomats, journalists, dutch, foreigners, ukrainians, russians, old, young, famous and regular citizens and just caring people were sitting even on the stairs just to see the message of the Ukrainian Revolution documented by #babylon13. It’s truly touching that there are so many people who care so much about what’s happening in Ukraine.
Hope to see you and your friends on other screenings! 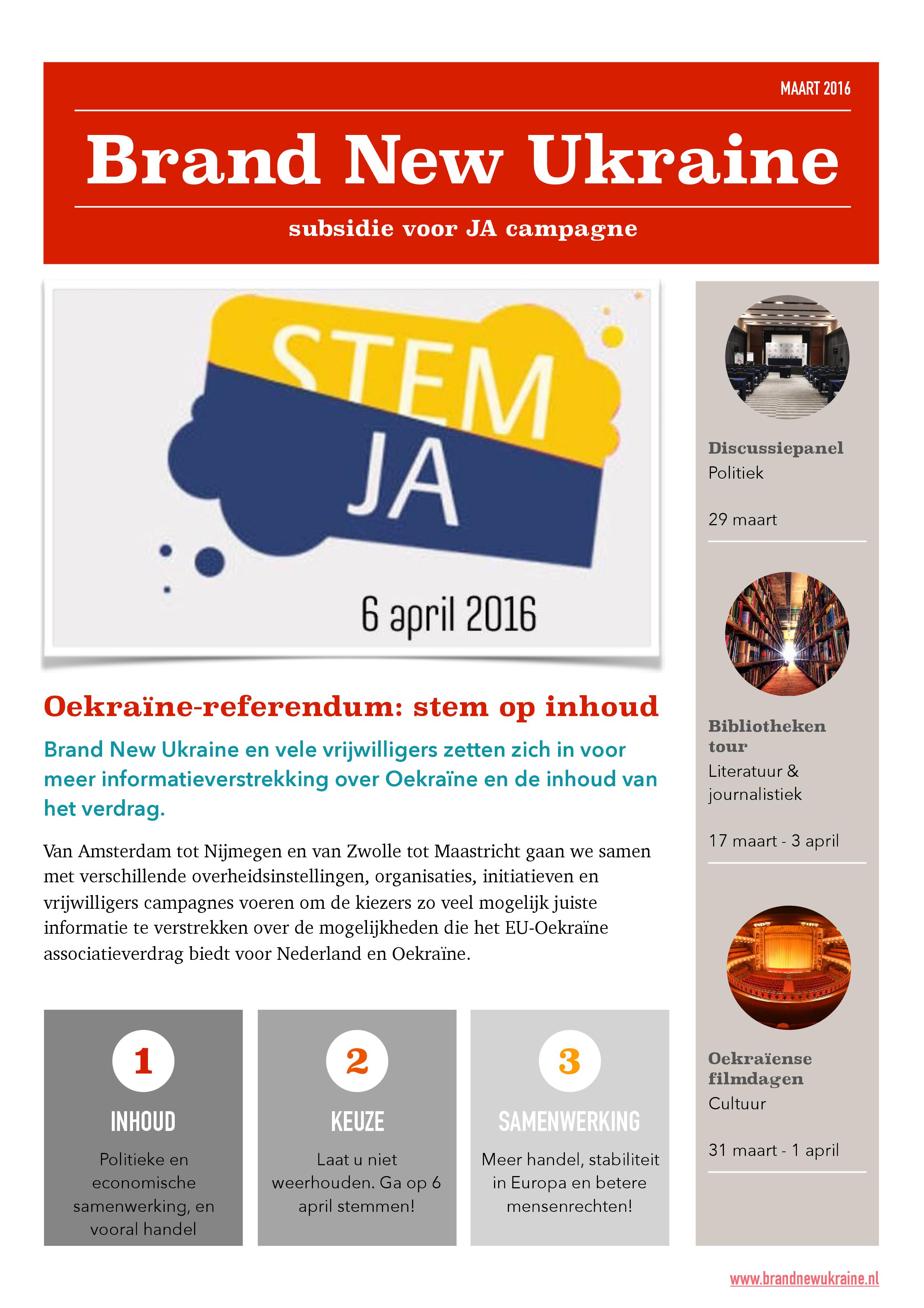 The aim of our web shop www.uashop.nl is: